Do you ever feel like you’re in a scene from The Emperor’s New Clothes? Everyone is standing around admiring the business wonders of social media. “Isn’t it wonderful?” they say. “Look at all this opportunity.”

Do you find yourself drifting toward the back of the crowd? Looking sideways at your neighbor and wondering who will be the first to say: “This doesn’t work for me.”

Because according to the serious research, it doesn’t work. There’s a lot of activity, but there’s very little attributable revenue. Now somewhere in the ivory palace of marketing, my death sentence has just been handed down. Because I’m not supposed to say that. It’s an absolute violation of the sacred order of marketers. Thou shalt not draw attention to the fact that despite all the tweeting, updating and posting, nobody anywhere in the regular business world ever makes any money from social media.

We are distracted by the fact that it doesn’t cost anything. It’s not like regular advertising, it’s free. Except it isn’t free – it costs a great deal. If you’ve got a single member of staff focused on it, it’s costing you plenty.

Now the recruiters will rebel at this point, as well they might. Linkedin is, after all,  a job board as much as it is anything else. It’s a very effective one. But we’re here to talk about revenue generation from a marketing perspective today, and Linkedin does no more for your brand than a subscription to Monster or CareerBuilder. You meet people, you make your calls, you go from there.

The question today is: what has social media delivered in terms of quantifiable revenue for your business?

According to a report compiled by Linkedin’s B2B Technology Marketing Group, only 12% of B2B marketers thought that social media (that’s all social media, not just Linkedin) was an effective lead generation tool. That’s 88% of us who think it doesn’t work.

A friend of mine posted something on Facebook this week about the secret to life being about asking questions. So what’s the smart question? Is it Should we abandon social media? (Probably not, given that 75% of the world’s population use it every day.) Is it What social media should we focus on? (Maybe, but we were already wondering that.)

I think the smartest questions are: What are the 12% doing to make it worthwhile? What are the mistakes you need to avoid to get a seat in that 12%?

If you only post once in a blue moon, it’s not a great incentive for people to follow you. It also looks like you’re a bit half-hearted about engaging with everyone out there.

The answer is to create a social media calendar to work out what you’re going to post, when. Use one of the scheduling tools like Sprout Social or Buffer. They’re really easy to use and will post regularly for you once you’ve planned everything in.

The quickest way to alienate your audience is by drowning them in a constant stream of posts, clogging up their timelines and driving them to distraction. The only thing you’ll achieve is getting them to hit the ‘unfollow’ button.

Instead, think about what you want to share and spread it across various channels. Just focus on topics that are likely to be of most interest to your audience or think about targeting posts to specific audiences, which you can now do on Facebook and LinkedIn.

You might have something really interesting to say but if your content isn’t visually appealing or your headlines attention grabbing, you’re wasting your time.

Use images, GIFs and videos to really mix things up a bit and make sure your headlines are catchy and punchy.

Lastly, but most importantly, don’t undo all your good work by not responding when people try to engage with you. There’s nothing more frustrating than getting in touch with a brand and hearing nothing back.

Make it someone’s role to monitor and respond to any messages quickly and if necessary, set up your own social customer service strategy.

At the end of the day, you can make money from Social Media, but it’s no use just throwing time and junior resources at it, you have to do it right. Importantly, it has to be part of an overarching strategy, not just something you do because you feel like everyone else is doing it. 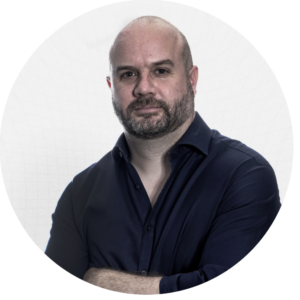